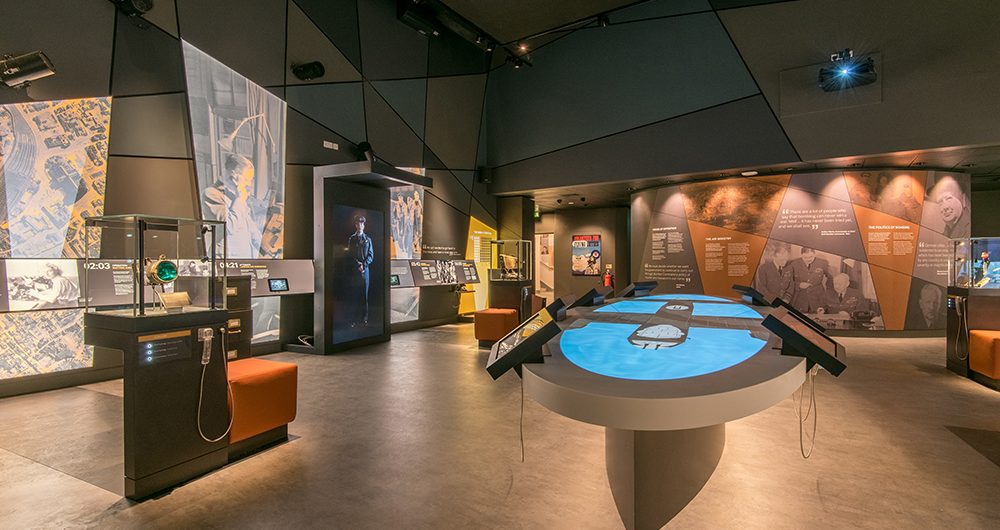 Named after Roy Chadwick, the designer of the Lancaster Bomber, the Chadwick Centre is an education centre, exhibition space, reference library, artworks and museum relating the story of Bomber Command through the use of state of the art technology and interactive displays.  The story is portrayed through the eyes of those who witnessed events, by interviews with veterans of both Air and Ground crew.  Accounts from survivors of the Allied bombing campaign, members of the Resistance Movement can also be found.

The centre also includes a restaurant, a shop and a multi-media suite and is run by the Lincolnshire Bomber Command Memorial Trust Charity, in partnership with the University of Lincoln.

Other works undertaken by R G Carter included extending the memorial paved area and phase 2 memorial walls with the names of the Bomber Command aircrew who gave their lives flying from other Groups during the Second World War.

As Lincoln was an important city in the Roman period, part of the contract was to allow local archaeologists, Allen Archaeology on behalf of the City Council, to complete investigations prior to construction.

The site was put on an archaeological watching brief whilst all groundworks where carried out. Using a flat bucket we dug at reduced levels. If anything was unearthed, works halted in that area, and we moved onto another section whilst the archaeological excavations were carried out. The fieldwork unearthed 25 skeletons along with coins and pottery.

Understanding the projects budget and funding streams saw us offer many different value engineering solutions, which totalled over £130,000 worth of savings. We also demonstrated our commitment to local sustainability on the project, with 75% of spend sourced within 45 miles of the project.